How Easy Roam can rip you off 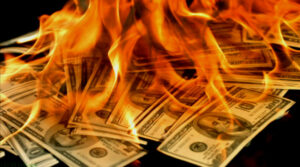 It’s no secret that Canada is an oligopoly when it comes to cell phone and internet providers, and due to intense lobbying and lack of political will, Canadians pay some of the highest data and wireless charges in the world.  We get ripped off in a number of creative ways, while the Big 3 carriers enjoy record profits year after year. One of the ways this happens is the Easy Roam service which can be a rip off.

Easy Roam is an add on service package that carriers sell as an easy option to cover international roaming charges while you travel. On the surface it’s not a terrible sounding service: in 2021 they charge a 9.00/day in the US and 13.00 internationally. Those rates get jacked up by a dollar every year or so, never mind that US carriers likely charge pennies for the service.

Easy Roam is sold as something that you actively have to enable by answering an incoming call, or replying to a text, or using data. On our recent trip to the US, like any sensible person, we left one phone on wifi, and used the second one for Uber, travels and other sundry items. Most of the time we were in a hotel, with wifi, and at a friends house also with wifi. We expected a bill reflecting that, and got charged in FULL for both phones for every day of our trip.

In speaking with Telus, it transpired that unless you manually turn off the data or roaming what will happen is that EVEN you’re in a wi-fi location, BUT there is a stronger signal nearby, your phone will jump onto the stronger signal, even for a split second on turn on – and boom! you’re paying for a day’s roaming fee, thanks to your “usage” of data. Given the fact that the phone in question was often guilty by literally one single text once, I wish we could have paid per use. It would still be egregious, but not 9.00 a day egregious. Their explanation that it only activates when you answer a call or text is exceptionally misleading in that regard.

Then there is their  awesome support /s.  I called to discuss the issue with the billing department, and they escalated to their supervisor in turn, and were told to ‘educate the consumer on Easy Roam usage’ which is so condescending I can’t even.

Moral of the story – get a SIM card locally, use wifi exclusively, turn off roaming, try to get on an international plan and write to your representative about the absurd reality of having an effective monopoly in Canada.

← Traveling via Home Exchanging
We use cookies on our website to give you the most relevant experience by remembering your preferences and repeat visits. By clicking “Accept All”, you consent to the use of ALL the cookies. However, you may visit "Cookie Settings" to provide a controlled consent.
Cookie SettingsAccept All
Manage consent